When I visited London in May this year and danced at the Musical May Branch Dance I had the pleasure of meeting with Wilson, the editor of the reel and he invited me to write a follow-up piece from the two articles on SCD in Spain that appeared in the last edition. So, together with Marisol Martín, a founder member of our group, we have written this setting out our beginnings.

Word spread and some young people joined to form a group, but even if they did so more out of curiosity than by genuine interest, the first year was very successful. With only 11 members and still no name, in June 1977 the group had the opportunity to take part in the festivities organized by the British Council on the occasion of Queen Elizabeth’s Silver Jubilee with the assistance of an experienced Edinburgh dancer called Brian Harry and London piper Charlie Galloway, both members of "Super London 2000".

Soon after that, the group was already able to organize ceilidhs and demonstrations at different colleges and schools and to perform at local festivities in various towns. On 30th November 1977, the group gave a performance before the British Ambassador in Madrid to celebrate St. Andrew’s Day.

Also in 1977, some of its members attended RSCDS summer classes for the first time, repeating the experience in 1979. Later on, the name Schiehallion was chosen for the group and it was registered as affiliated to the RSCDS.

In 1991, the Spanish city of Logroño was twinned with the Scottish city of Dunfermline, and the Schiehallion Group was invited to contribute with a performance to celebrate the event. In 1993, a few members of the Madrid group attended an international get together for Scottish country dancers in Angers (France). It was then that they became aware of the existence of other groups scattered throughout the Mediterranean coast of Spain and Portugal, and the idea was conceived of getting to know these groups.

In Easter 1994, the SGM organized a weekend of Scottish country dancing in Madrid inviting all the other groups in the Peninsula to participate. The turnout was massive and this gave birth to the Iberian Weekends, which are now held every year with the different groups in Portugal and Spain taking turns to host them (www.ipscdg.com). In 1996, the SGM was invited again by Logroño’s council to dance in this city when in that year the twinning of Dunfermline and Logroño was confirmed.

In May 1999, the Schiehallion Group Madrid was registered as a non-profit organization whose only purpose is to promote and enjoy Scottish country dancing.
A very enthusiastic Fiona Pérez Peterkin is our only teacher since 2000 but currently the group faces difficult times, we meet every Tuesday in old premises in the heart of Madrid, we have in the past had experienced dancers but with constant comings and goings of newcomers it is not always easy to structure an evening of dancing to suit all. However, we keep dancing and loving it! And that’s what counts, isn’t it?

We are always very happy to welcome newcomers and visitors alike so if you are ever in Madrid on a Tuesday do come along and dance with us we meet from 19h30 till 21h30 in a church near a charming place called Plaza de Santa Bárbara where we shall go for a couple of beers afterwards! 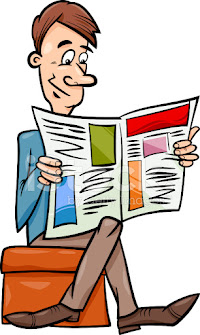